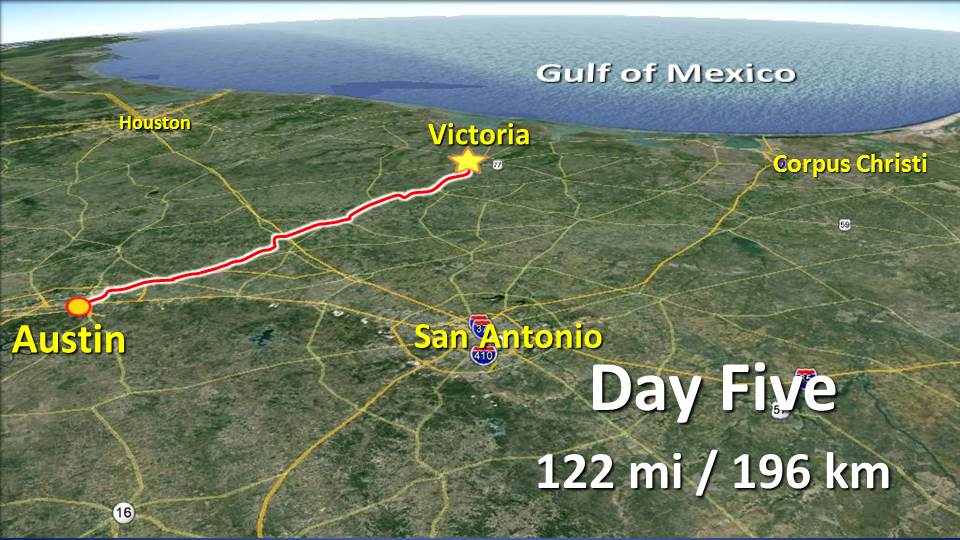 Yesterday my trip was cut short by a thunderstorm with 35 miles to go and I stopped in Taylor for the night.

I spend most of the night awake, listening to the rain pelting down and thunder rolling across the sky punctuated by bursts of lighting.

While I’ve done 140+ miles in one day in the past, there was no way I was going to make it into blustery headwinds and thunderstorms.  So I decided to rent a car to get me to my next destination:

and took my bike apart: 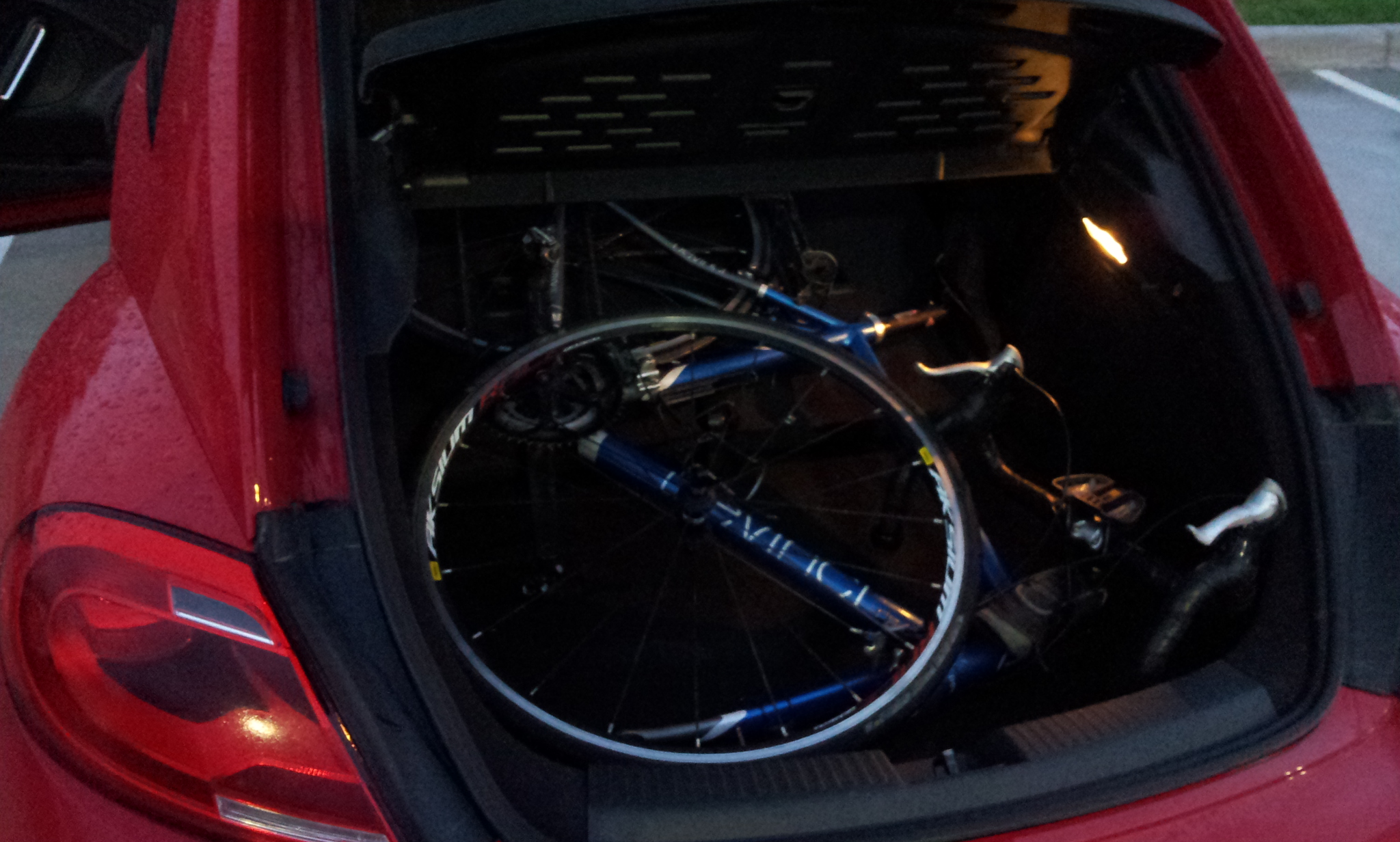 I followed my bicycle map to Austin to complete the view of the trip. Those last forty miles through Austin’s rolling hills – I would have never made it.

Lunch in Austin’s party district and a visit to the local museum formed my stay in Austin.  Then I tried to follow the Day 5 bike map – lots of rain and narrow breakdown lanes along the highways would have made the ride difficult. Plus, some of the country roads were flooded and impassable – I would not have been able to complete that days ride if I was on my bike. So the decision to drive, while it took away from the trip goal of 600miles (I’ll end up with 550), was the right one.

Odd thing – when I pedal these distances and take 10-12 hours, I am totally engaged in all aspects of each moment – my breathing, my legs, the wind, the traffic, the temperature and so time passes quickly. Driving the route for three hours – man was I bored.